The Department of Commerce, City officials, and other community-based organizations joined HACE at MLK Recreation Center to celebrate achievements by the 200 PHL Taking Care of Business (TCB) Cleaning Ambassadors.

Congratulations to the TCB Cleaning Ambassadors for their impressive achievements! 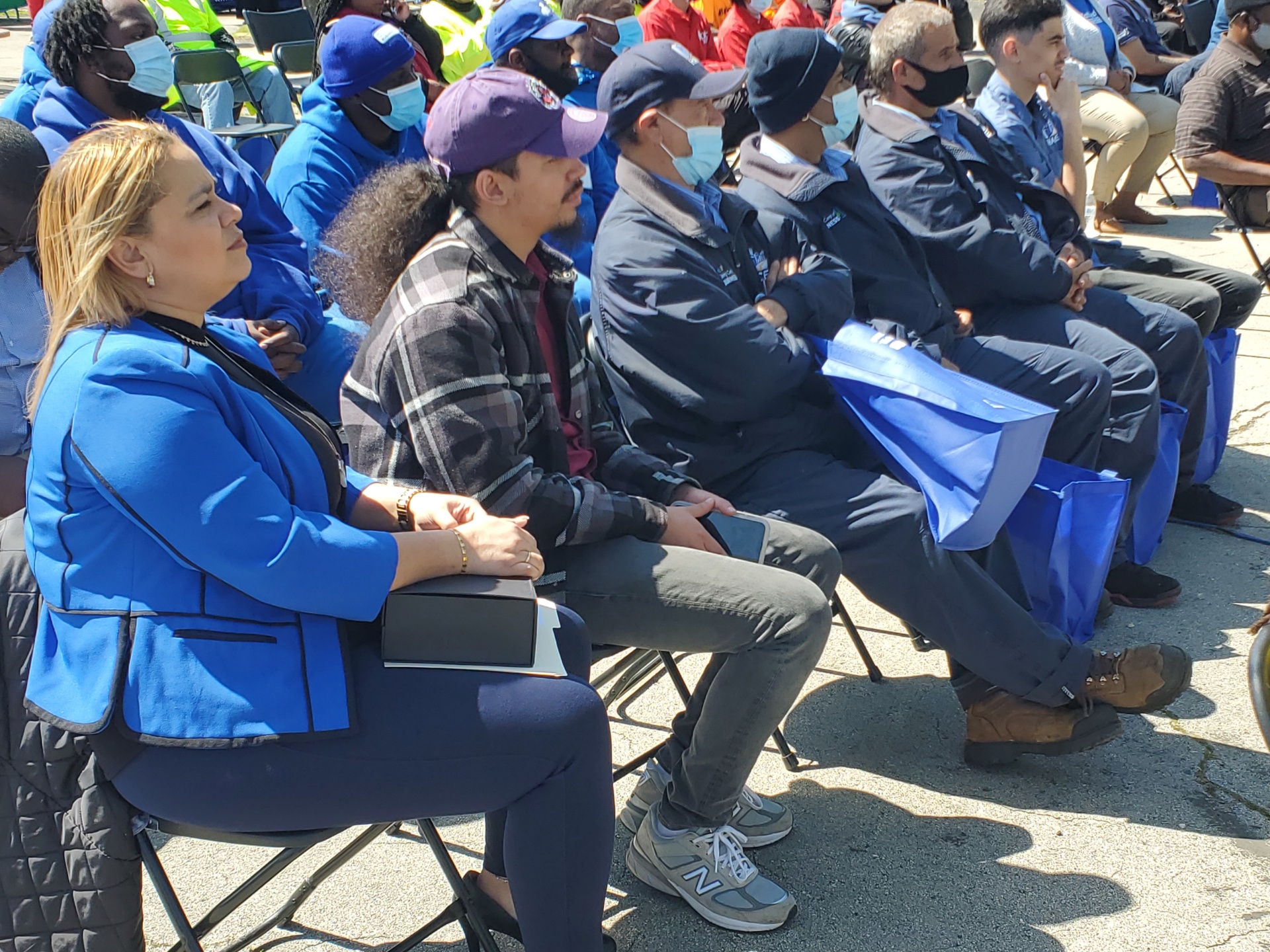 Congratulations to Amanda Garayua on being name a PACDC Rising Star Award winner for 2021!

The Rising Star award is to recognize staff under the age of 40 at PACDC member organizations. 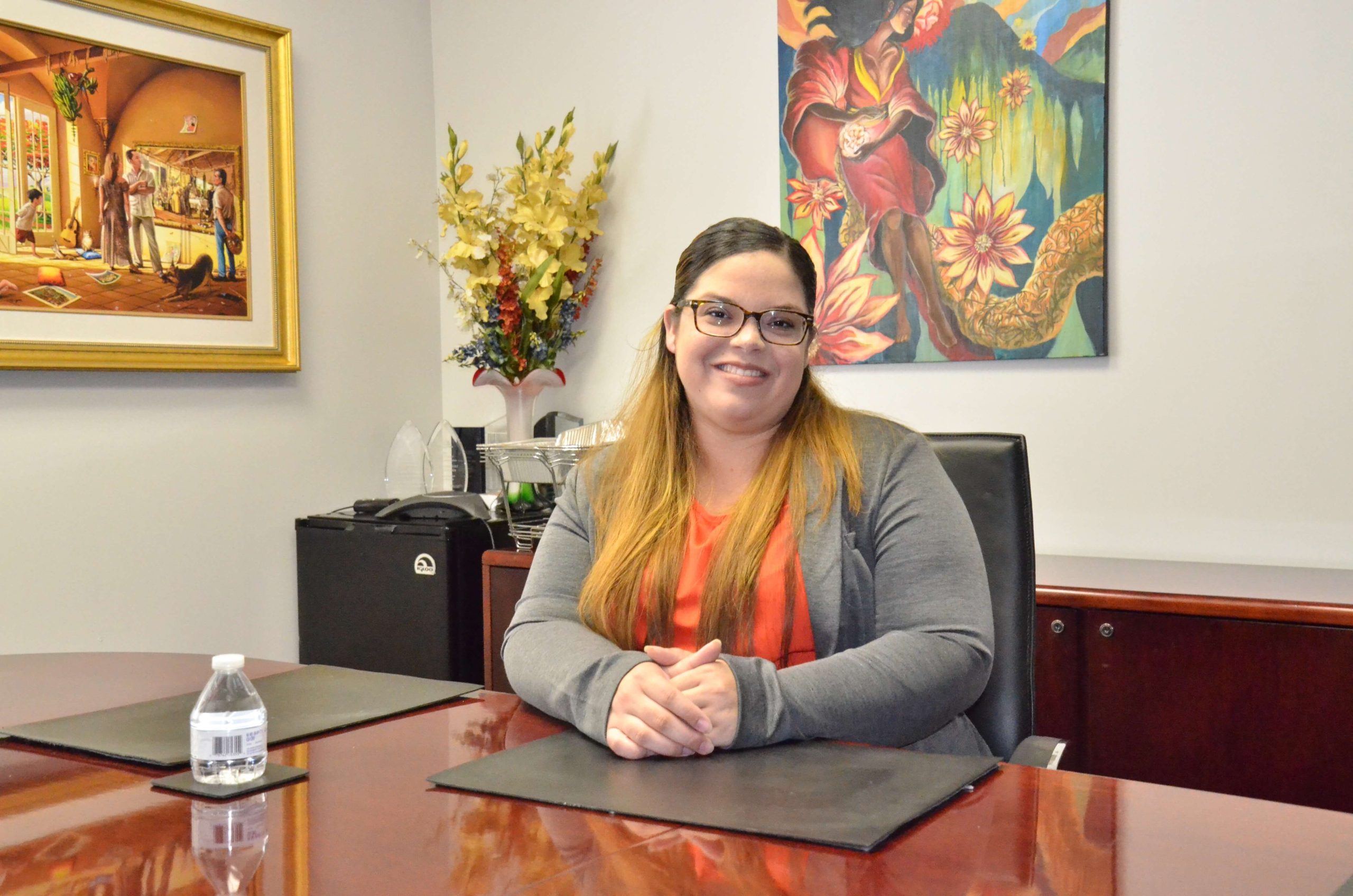 Congratulations to Felicita Miranda on being name a PACDC Community Leader Award winner for 2021!

The Community Leader award is given to dedicated neighborhood volunteers. 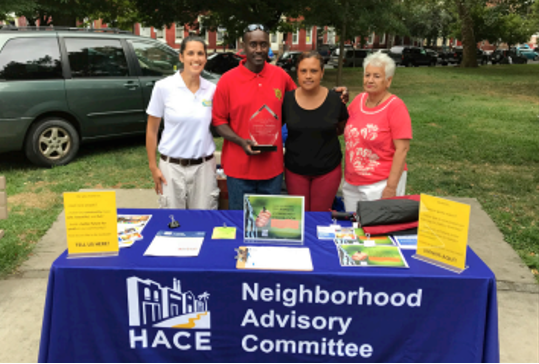 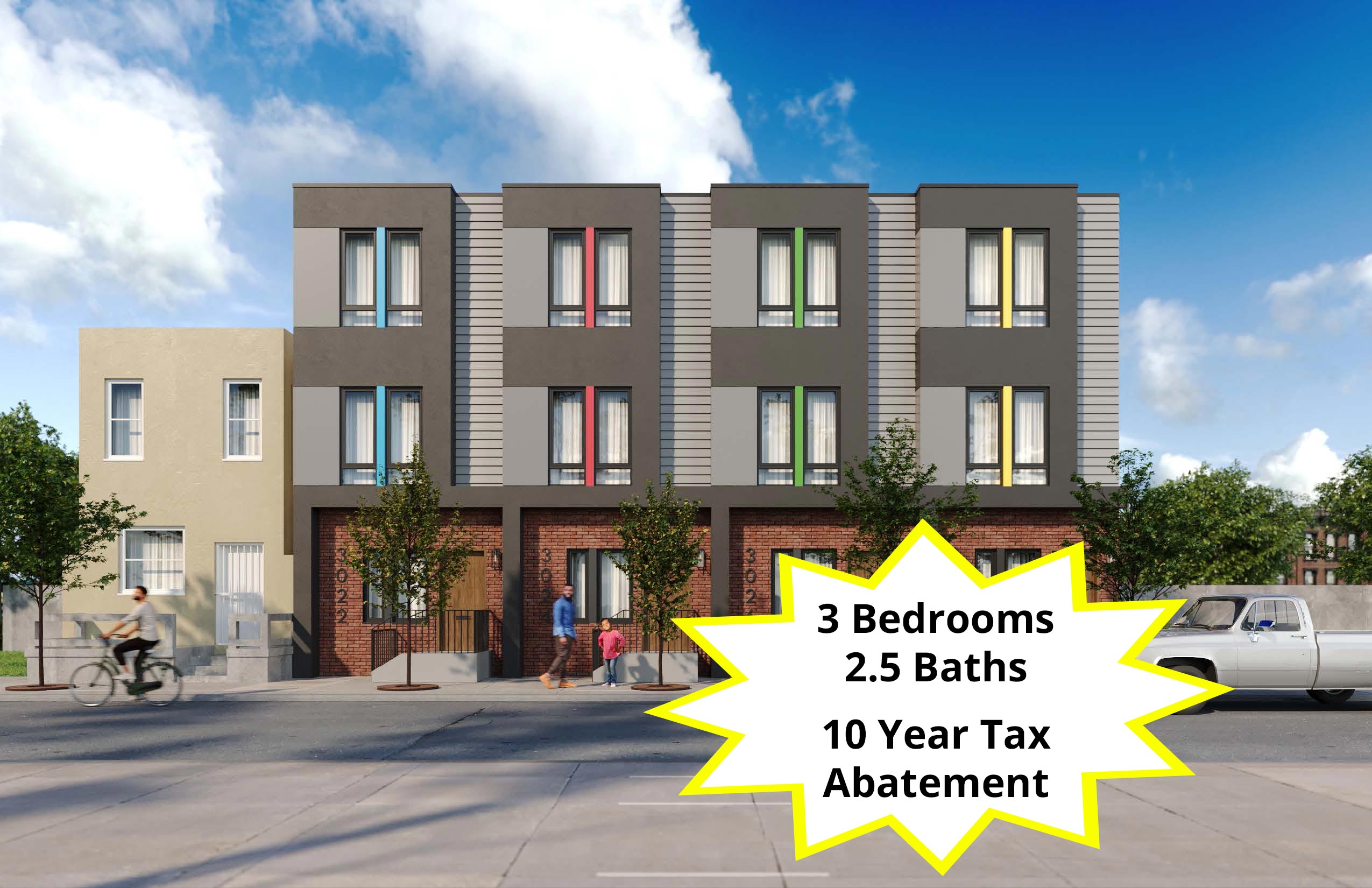 This $15M comprehensive renovation project is made possible through collaboration of Philadelphia Parks & Recreation and the Office of Councilwoman Maria Quinones-Sanchez. 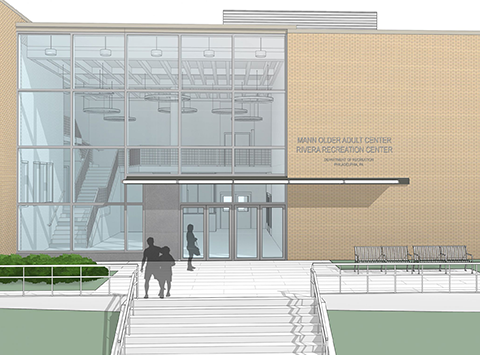 "This project promotes resilience for the community and creates opportunities for connection ... Casa Indiana far exceeds other applicants in addressing some of the most pressing equitable community issues of our time." -- AIA PA Awards Jury 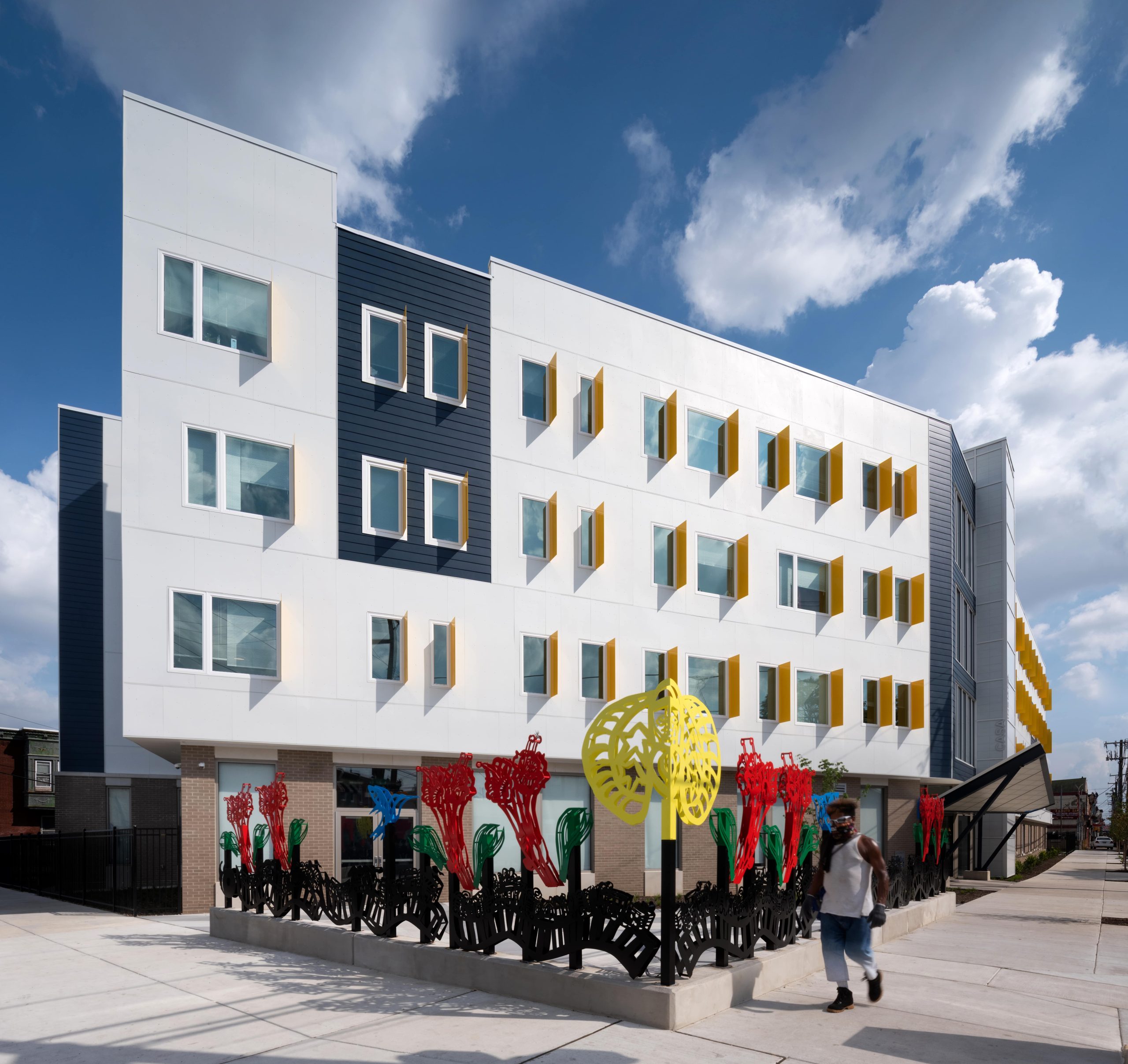 From Possibility to Actuality

Since 1982, HACE builds just and equitable neighborhoods for residents and small businesses of Eastern North Philadelphia. We build neighborhoods of choice by developing affordable housing and commercial spaces, providing supportive services, engaging residents and stakeholders, and supporting small businesses to grow the neighborhood’s economic base and increase job opportunities to nurture the community’s rich cultural diversity.

Get Involved with HACE

The Good Lands Trust, a Pennsylvania nonprofit 501(c)(3), was formed by HACE to build healthy, economically diverse neighborhoods in Philadelphia. The community land trust will promote affordable homeownership for low and moderate-income households in neighborhoods that are quickly gentrifying in North Philadelphia.

The goal of the Good Lands Trust is to identify vacant properties for redevelopment and make them available for sale to low and moderate-income homebuyers. It is HACE’s practice to acquire properties from private owners, foreclosures, Sheriff Sales, the Philadelphia Land Bank, and Philadelphia Housing Authority at a price that makes redevelopment feasible and affordable.

With on-going support and relationship between homeowners and the Good Lands Trust, homeowners will gain access to free programs and loan products to maintain and preserve their homes.

HACE established the Good Lands Trust with support from the Philadelphia Foundation’s Key to Communities Initiative and the Pennsylvania Department of Community and Economic Development. 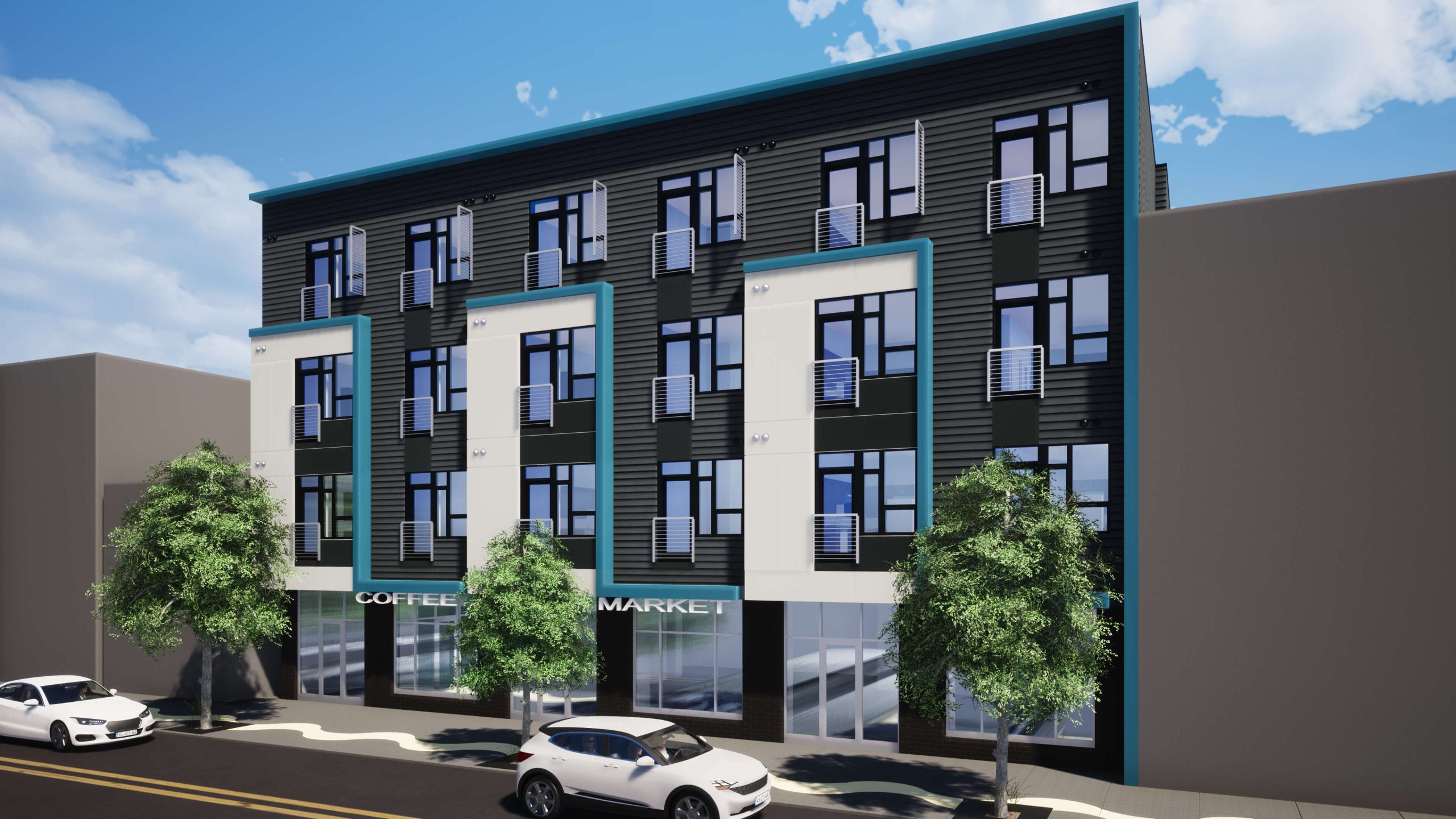 HACE is developing Rafael Porrata-Doria Place, a new construction Mix‐Use building offering 30 efficiency affordable units and approximately 2,100 square feet of commercial space to be located at 2739‐47 N. 5th Street in North Philadelphia. With a prominent location on North 5th Street, HACE will redevelop a vacant site offering affordable rental housing to persons age 55+ and to persons with intellectual disabilities. The ground floor will offer retail space to increase business activity in the area and create new jobs. This development is named in honor of one of HACE’s founders, Rafael Porrata-Doria, Esq., Professor of Law at Temple University.

Rafael Porrata-Doria has taught at Temple Univeristy School of Law since 1983; he was a visiting professor at the University of Puerto Rico, Rutgers-Camden Law School, LUISS Guido Carli University (Rome) and at the Lauder Institute of the Wharton School of the University of Pennsylvania. Before teaching, Professor Porrata-Doria practiced law in Philadelphia and Miami, Florida. He is fluent in Spanish, English, French and Italian. He has written on securities, and international law; consulted for World Bank, American Law Insititute and Senate of Pennsylvania. Professor Porrata-Doria has selflessly contributed over 35 years to HACE since its founding.

The design of this new midrise apartment building responds to the neighborhood context while meeting needs for accessibility, visibility, and contemporary living. The new building will be 4 stories in height, with materials and colors which correspond to those commonly found in the neighborhood. Window sizes will be proportional to the building, suiting the neighborhood scale. Upper story bays and the entry canopy will enliven the primary elevations while remaining in keeping with the local character. The building will have brick and stucco exterior, with projecting bays at upper stories articulating the facade such that the horizontal scale of the building approaches local townhouses. 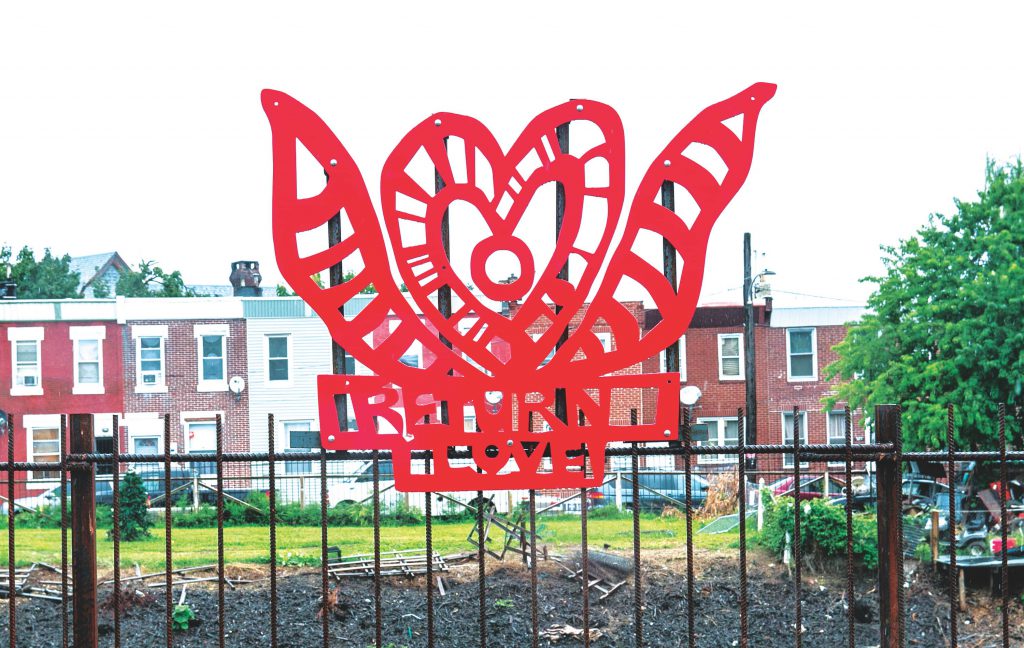 The creation of a walking trail along the Conrail line was initially conceived through the Good Lands 2025 Neighborhood Planning process led by HACE. Since then, HACE has been strengthening partnerships and support with Conrail, the Managing Director’s Office, community organizations, and other City agencies to support the massive $5+ million cleaning effort that took place in summer 2017 and the eradication of the encampments in the Fairhill Neighborhood.

The Gurney Street Trail is a critical component to reclaiming the Fairhill neighborhood from the abandonment and criminal activity that has long plagued this community. The first phase of the Gurney Street Trail runs adjacent to the Conrail viaduct between B Street and A Street along Gurney Street. Additionally, the need for this trail is particularly heightened in the area, which lacks complete sidewalks/walking surfaces beyond the street in many areas.

HACE engaged Marta Sanchez, a nationally known artist inspired by traditional Mexican folk art expressions and its hybrid in contemporary culture. Her Sculptures seek to center the Conrail Train tracks as part of the memories that the current residents have of their neighborhood. The project combines the image of trains and other elements to honor the memories of the neighborhood’s residents who have been a part of this urban landscape. The sculptures also seek to honor the memory of those who have passed away from the opioid epidemic while honoring those who continue to live there. 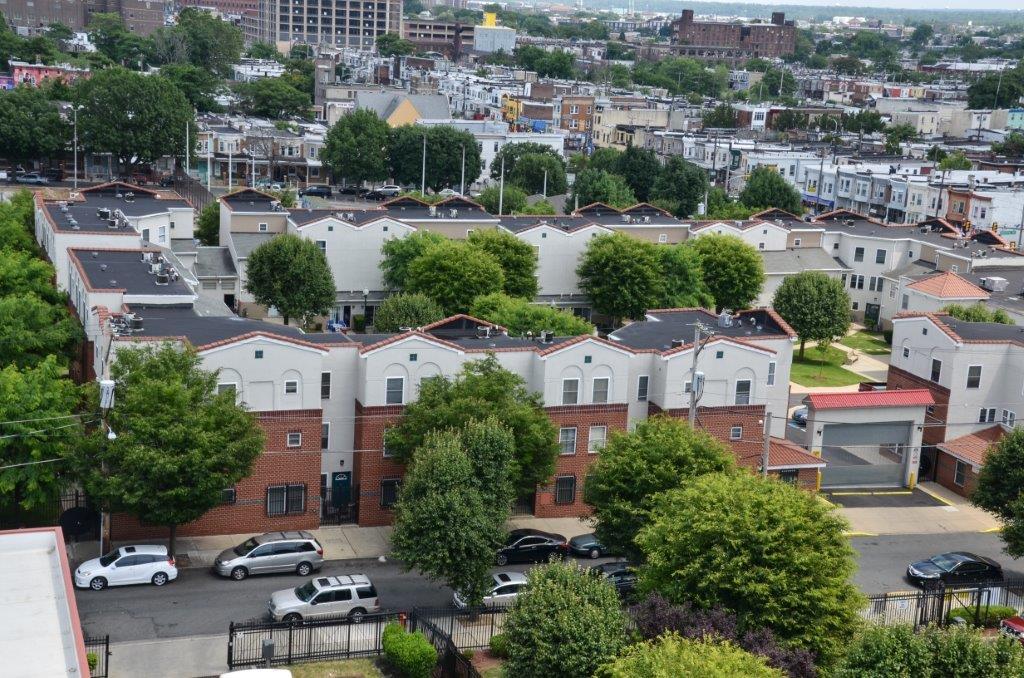 Built in 1997 with support from PHFA’s Low-Income Housing Tax Credit Program and the City of Philadelphia, Villas del Caribe has been offering 81 units of affordable rental housing for low-income families. This multifamily development offers two, three and four bedroom townhomes, with 37 units subsidized by the US Department of Housing and Urban Development (HUD) Section 8 Program. The Philadelphia Housing Authority Project Based Voucher Program will provide rental assistance for 44 units at Villas del Caribe.

“The city’s affordable housing crisis requires an absolute commitment from nonprofit and for profit developers who are in the business of creating affordable housing,” said HACE’s President and CEO Maria N. Gonzalez. “Our focus remains to preserve existing affordable housing and to continue to build new affordable housing units for renters and homebuyers. These efforts will help balance the increasing volume of market rate development that is spilling over into HACE’s focus neighborhoods and ensure that long term residents are not displaced from their community.”

HACE’s strategy intentionally pairs intensively directed resources around the community’s commercial corridors with broad-based economic development efforts across the entire service area, recognizing that each is dependent on the other for success. Since completion of the Good Lands Neighborhood Plan in 2016, HACE and its partners have leveraged $110,527,816 in new public and private investments for the continued revitalization of the St. Hugh and Fairhill neighborhoods. The preservation of Villas del Caribe is another way that HACE works with its partners to leverage their combined resources to address the community’s affordable housing needs and get projects across the finish line. 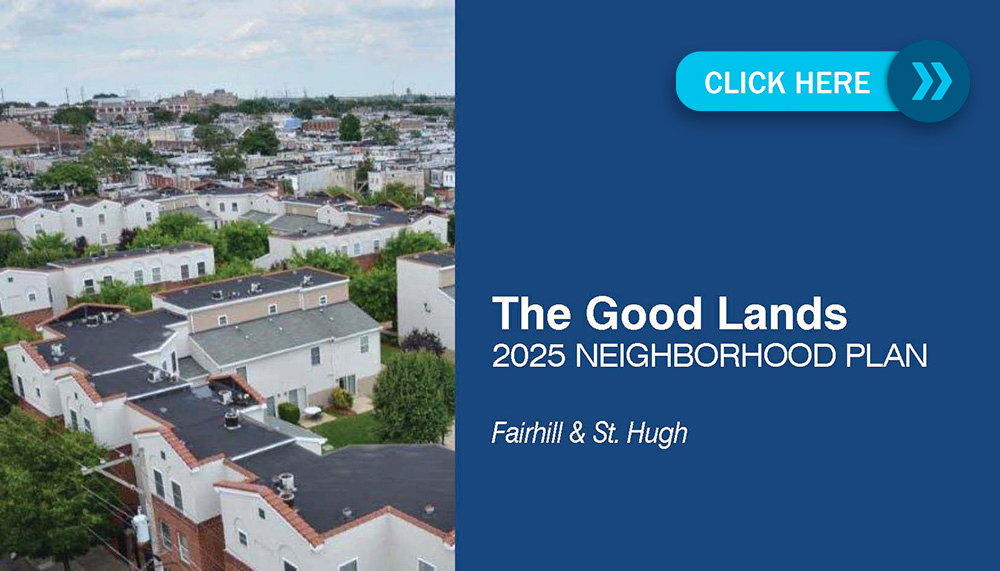 HACE was started in 1982 by a group of volunteers in response to the closing of shopping mall that was critical to the economic vitality of El Centro de Oro Commercial District— the heart of Philadelphia’s Latino community. HACE used the successful redevelopment of the mall as the starting point to demonstrate to the community that they could take charge of their economic destiny. HACE’s revitalization efforts have spread throughout its focus community in Eastern North Philadelphia, involving the acquisition and construction of properties for new homeownership and rental housing, commercial development to create jobs, and provision of housing counseling services.

HACE’s engagement with residents is fundamental to its approach. Throughout its history, the organization has approached community development through a neighborhood planning process that engages all key stakeholders in the community to have buy-in during the implementation process. Our 10 year neighborhood planning process relies for its success on linkages and strategic partnerships between HACE, community residents, social service organizations, City departments, elected officials, neighborhood institutions, businesses and private interests.

Our focused community development model allows us to concentrate resources to create impact and accomplish multiple goals. Community planning enables us to build anchors that serve as the foundation for leveraging private and public investments in our core neighborhoods, to continue to support our commercial corridors by increasing its client base, and to develop partnerships to create jobs and provide services for our residents.

HACE has been recognized for providing invaluable aid to local neighborhoods by providing affordable housing options and community economic development.

DCNR has awarded HACE a $500,000 grant to support the construction of a trail park in the Fairhill section of the Philadelphia, revitalizing a railyard area plagued by drug use in recent years.

“We have been working in this community for over 35 years… we set out to transform the physical landscape of the neighborhood.”

Commercial strips in North Philly open to a ‘setback’: ‘When the door opens, we have no idea what’s gonna happen.’

The Wells Fargo Regional Foundation (WFRF) awarded HACE $750,000 in grant funding over five years to HACE for the implementation of The Good Lands 2025 Neighborhood Development Plan.